We offer our customers professional support during all phases of the product life cycle, from purchase onwards, for dataloggers and thermometers.

Certified tools and inviolable data processing software must be used.
It is essential to use procedures that verify the proper functioning of the machines in all sterilization cycles.
Supervisors and final validation expert must provide evidence of their experience in the field.

The validation serves to:

Skills and Quality of the employees

Validation of autoclaves, washer-disinfectors, thermo-sealers in the hospital, pharmaceutical and food sectors.

The advent of new regulations on the production of sterile products, the ever-increasing demand for controls and certifications, aimed at guaranteeing the health of the patient, increasing the quality of the service offered and, last but not least, protecting the users of sterilizers in the event of disputes, have led us to create a division specialized in the validation sector.
We are ISO 9001-2015 certified for the process of validation and verification of CSSD devices.

The principle of “validation” of the process also applies to food companies that practice the pasteurization or sterilization of their products. This can be done on saturated steam autoclaves, rain autoclaves, sprays, air/steam autoclaves, etc.. During the audits of qualified customers, the verification of the different processes including pasteurization and sterilization is required and the documentation produced is monitored. In order to be able to export to the USA, it is then mandatory – for LACF receiving a thermal process – to have a registration number (SID number) allowing access to customs upon arrival: this number is only released after its submission to the USFDA (Food and Drug Adminisration) and eventually discussed with that Authority . The studies to be carried out on the processed products are demanding a complete and accurate knowledge of the critical points particularly demanded by the FDA. We are able, as Process Authority, to provide this service and to provide – on request – to deal with the tasks related to the registration and obtaining of authorizations.

The advent of new regulations on the production of sterile products, the ever-increasing demand for controls and certifications, aimed at guaranteeing the health of the patient, increasing the quality of the service offered and, last but not least, protecting the users of sterilizers in the event of disputes, have led to the creation of a division specialized in the validation activity.

Since the beginning of the 1990s, CEN (European Committee for Standardisation) has issued standards aimed at establishing the construction requirements for sterilising machines for medical devices (European Standard) EN 285.

Consequently, the standard that regulates the systematic control and validation of the sterilization process: EN 554.  There is also the UNI EN 13060 (2006) standard that regulates the production and controls of small autoclaves (< 54 litres). We then come to January 2007 to find the EN554 replaced by the new UNI EN 17665-1 that defines the requirements for the development, validation and routine control for steam sterilization of medical devices. In 2009, EN 17665-1 was implemented by the 2 part. At the same time, both EN 285 and EN 13060 are renewed in the 2009 and 2016 versions. Over the years, the machines have been continuously renewed in search of the best performance, compliance with increasingly stringent standards, and obtaining competitive prices to maintain a significant presence in the sterilization market. The guidelines provided by ISPESL (Italian “safety “ authority) in 2010 were also certainly useful: "GUIDELINES ON STERILIZATION ACTIVITIES AS A COLLECTIVE PROTECTION BY ORGANIC AGENTS FOR THE OPERATOR IN THE HEALTH STRUCTURES" which contributed significantly to clarifying the roles of the persons involved and the operating procedures themselves. The evolution of recent years has meant that virtually all European health care facilities proceed to carry out checks on their sterilization process through the service of Performance Qualification (namely Validation).

With the development of the latest generation of machines, the accompanying documentation is now more complete and officially required by norm: IQ (Installation Qualification) OQ (Operational Qualification) and PQ (Performance Qualification) are composing the “validation”. The three phases have now to be executed both by the manufacturer (or its authorized) and a third party (regarding the PQ) with no involvement with any the previous as a guarantee of his independence.

Our service focuses – as an independent entity – mainly on the execution of this last phase.

In the field of sterilization in general, the market for medical practices (dentists, surgeons, private clinics…) still needs to be homogeneously integrated. Unlike the provisions of laws, regulations and guidelines, for reasons not understood and completely arbitrary, in some European countries (like Italy for example) they still feel excluded from the application of procedures to verify and harmonize their internal sterilization processes. The same (geographic) regions that in some cases have issued precise local regulations, do not then provide for the verification of the application of these procedures or what is worse are struggling to free themselves, through regional “recommendations”, some categories (…dentists, for example) even by the application of European regulations on the need for an unspecified “simplification” in practice leading to the acceptance of an acquired sterilization “A” division (hospital) and a lower division (“B”) dedicated to the use and consumption of the above categories, …. but there are no division “A” and division “B” infections!

In parallel with what is offered in the hospital CSSDs, we also offer a service for pharmaceutical companies.

Thanks to the wide range of instruments (Ebro) available for each specific application, we are able to complete the service both in the presence of liquids and solids in compliance with the various Technical Monoghraph, FDA Guidelines, etc … applicable in the specific industry covered by the service. All this is carried out with certified devices and up-to-date software specially developed as well as 21 CFR part 11 compliant.

With the publication of the EN 15883 standard, washer disinfectors, endoscope washer and flusher disinfectors have also become one of the services we offer with regard to the Performance Qualification.

Here too, the IQ, OQ and PQ principles apply to new installations for complete validation.

Important for the closing phase of the production cycle of the medical device supplied in its sterile state (sterilization, washing, packaging), is the Performance Qualification of the thermal-sealers (for the sealing of envelopes), activities that our technicians offer to fulfill the requirements of a CSSD. 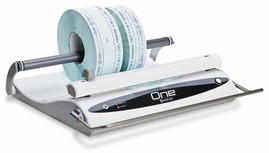 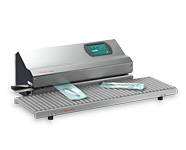 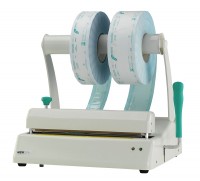 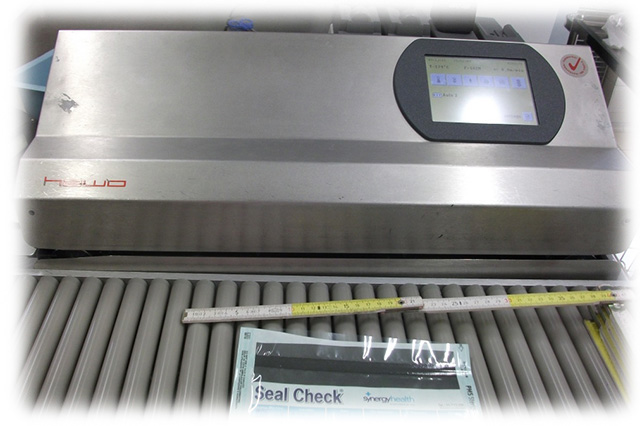